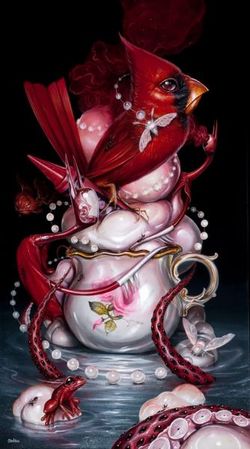 These are toys designed by Craola.

These are toys Craola has lent his design skills to.

These are one-off pieces by Craola.