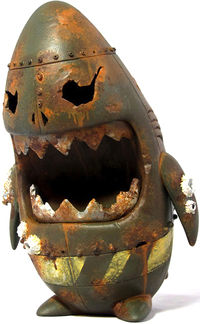 These are one-off, or very limited, pieces.