A Band of Bugs 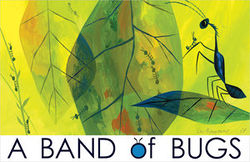 You played with (errr tortured...) them as kids and now you probably try to avoid them. The Bugs group show opened at Nucleus Saturday, February 9th, 2008 and brought together eight artists' vision of these tiny and plentiful creatures.