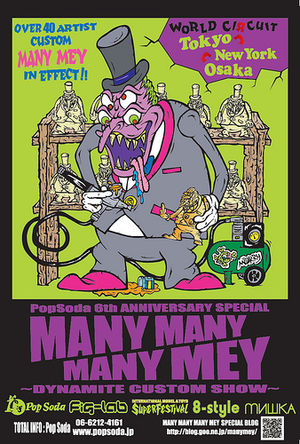 Pop Soda & Fig-Lab are proud to announce The Many Many Many Mey Custom Dynamite Custom Show. Many Mey (Mey or Me is Japanese for eye) is one of the characters from the Pop Soda pantheon and the arch-nemesis of the Pop Soda Liquid Superman. He has been featured in the Pop Soda comics and has been released as both a "finger puppet" figure and the larger sized soft vinyl version.