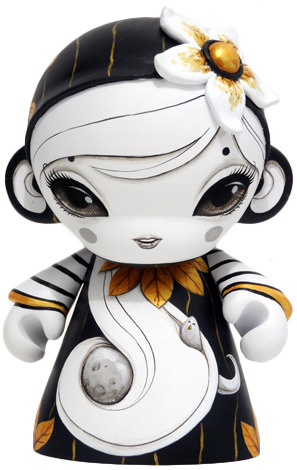 I am more than an illustrator. I am a storyteller. My tales are a rich mixture of precious childhood memories and fairy tales. I weave together lines to celebrate the beauty and elegance of nature and human form. And sprinkled within that tapestry are touches of whimsy that bring to mind the wonderment of childhood and play. It is my way of rekindling youth with a wink and infinite mirth.

An architect by training, I create works in pen and ink that are filled with intricate detail and influenced by stringent rules of design. The elements I choose often hold symbolic meaning, and I take care to piece them together like a jigsaw puzzle to tell an overall story.

I have drawn millions of lines as an artist and have told many stories, from my initial scenes of houses to the Yahoo! Purplescape campaign to more experimental pieces that have won international competitions and garnered gallery exhibitions. But I still feel that I have many more stories to tell and a million more lines to draw.