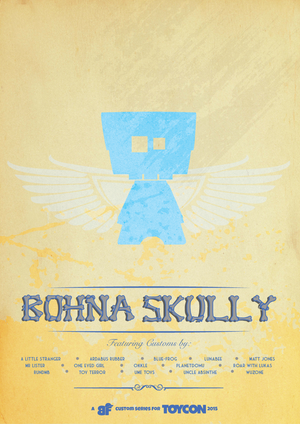 To launch the new Bohna Skully figure by Blue-Frog World, alongside Toy Chronicle, 25 artists were asked to custom the resin figure and they were displayed at ToyCon UK 2015 on the Toy Chronicle stand.