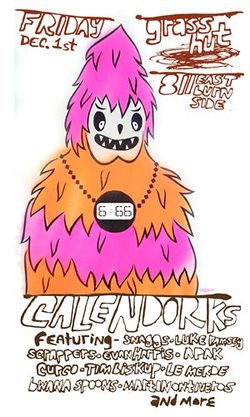 The Calendorks Show opened on Friday December 1st at Grass Hut in Portland. As the name suggests, a calendar was available with a portion of the proceeds going to charity.